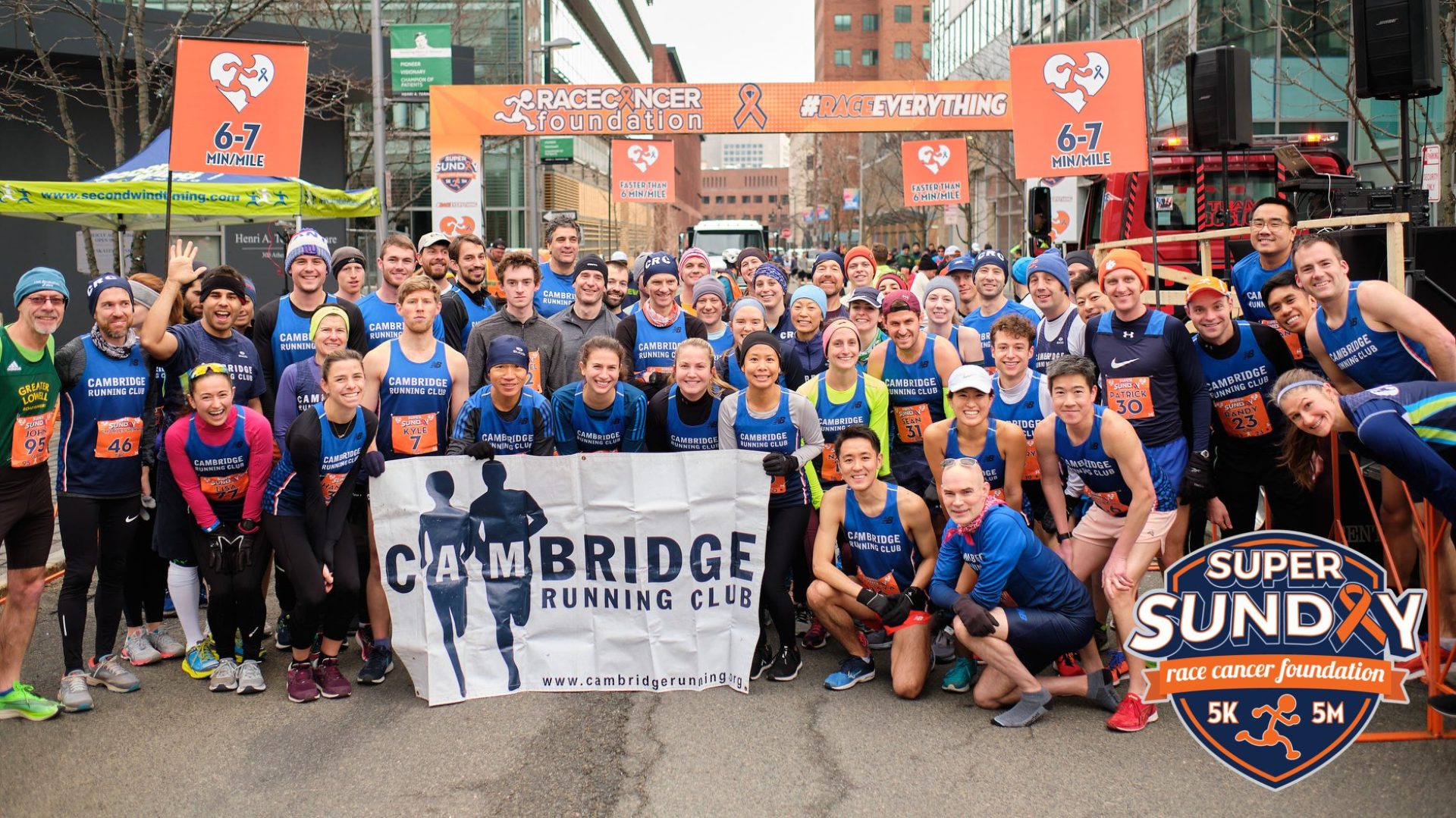 Cambridge Running Club is a USATF-certified running club based in Cambridge/Boston, MA.

We have a wide range of runners from those who ran competitively in college to those who picked up the sport recently – but are unified in their love for the sport and their desire to reach personal running goals.

The club provides two regularly scheduled runs per week. Track workout on Thursday evening and member-hosted long runs on Saturday morning. Aside from organized runs, many of our members have been running together for years and we regularly organize social events, ranging from holiday parties to camping trips to the White Mountains.

If you want to learn more about our club, we encourage you to scroll down a little more, take a look at our Membership Benefits, and drop us a line to our New Member Coordinator by filling out the Join Form!

Every Thursday, CRC meets at the track for a workout led by our coach. The pace is determined by your personal 5K time and we encourage people to form pace groups instead of doing the workout alone.

Every Saturday, a CRC member hosts a long run from their homes. The route is different every week but the water stops and post-run brunches are always provided by the host.

CRC competes in the USATF New England Grand Prix where runners are eligible to score points for the club. We also regularly participate in local races around Boston, Cambridge, and Somerville area. In recent years, we have stretched into cross country and mountain races.

Volunteering is an integral part of CRC to give back to the community that offer us a place to run in. We are regular participants at the Boston Marathon Expo, Charles River Cleanup, and Christmas in the City.

We don’t always see each other in athletic wear! Throughout the year, CRC hosts a number of social events to make new friends and celebrate our lives outside of running. Our events include mixers, potlucks, BBQ, White Mountains camping trip, and holiday party.

Peter’s coaching career started back in the early 90s. He was a collegiate runner for Bridgewater State University (BSU), running for some of the best D3 teams in New England. He had offers to continue running in D2, but he fell in love with the campus and teacher certification program at BSU, deciding to pursue a career as a running coach.

After graduating college from BSU, Peter became the head coach of Kings Philips High School (KPHS). He lead the high school team to 22 Conference titles, 9 State Championships, and 1 New England Championship, coaching some of the fastest runners in the region. During his 12 years at KPHS, Peter was awarded Coach of the Year by Boston Globe, Boston Herald, Mass State Track Coach Associations (MSTC), and Massachusetts Interscholastic Athletic Association (MIAA). In 1999, he was named as the national coach for the National Federation of High School Associations (NFHS). He attributes those awards to the great hard working runners who ran for him.

CRC welcomed Coach Pete in June 2022. Peter brings energy and enthusiasm – he gets very vocal at practices and races to encourage the runners to push harder. His experience coaching a wide spectrum of runners from casual runners to Olympic-level runners, allows him to bring a balanced approach to the training schedule, offerings runners a different training plans based on current fitness level and running experience.

Participate in one of our upcoming Thursday Track Workout to see if CRC is right fit for you.

Contact a New Member Coordinator from the button below. We will get in touch with you to coordinate a trial session.